The Italian language evolved over many centuries through a long and “a step by step” process. While people continued to use Latin as a cultured and classic language, in many parts of the Italian peninsula, the vulgar languages are spoken by common people.

Around the 11th century, Vulgar Latin, born during the fall of the Empire also became the language of commerce and business to make it more understandable by everyone. Vulgar, literally meaning “the language of the Volgo (population)” or the “language of people.”

Later, some writers used this new language to make their poems comprehensible and clear to common people who did not know and studied classic Latin.

Italian started to appear as a separate language at the end of the first millennium but it consisted of different local dialects.

At first, the Sicilian dialect of the South Italian Peninsula, become the language of the literature because at that time Sicily became the centre of Italian culture.

Later, cultural life moved to Tuscany where the dialect of Florence became the language of literature and culture.

Over time the Tuscan dialect gave the basis for the modern Italian language as it was used by great writers like Dante Alighieri, Petrarca and Boccaccio.

Between 1300 and 1321 Dante Alighieri wrote his long poem, the Divina Commedia. It was written in the dialect spoken by the people of Tuscany. Dante’s poem helped establish the dialect as the common language in Italy.

Around 1500, Italian was widely used as the language of commerce in the Mediterranean area. At that time Italian had almost completely replaced Latin as a written and spoken language.

The modern Italian language has lost much of its characteristic Tuscan dialect and shows borrowing from many other Italian dialects.

Many influences have helped to standardize Italian such as education, newspaper, book, radio and finally television.

At the end of the Second World War, as a result of the strong economic growth of the 1950s and 1960s years, the powerful political decision to make the Italian people educated, all Italians began to attend school and be able to communicate in a single language: the Italian language. 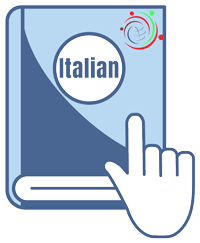 Do you love learning Italian?There are a lot of different approaches to learning a language.... 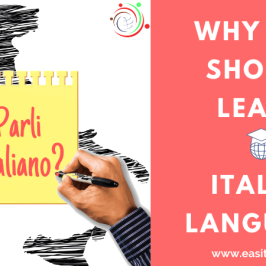 Italian is one of the most beautiful and fun romance languages to speak.The sounds of...

Categories on this site